He is said to be selfish, indifferent, profiteering... in short, incapable of having feelings towards us. False! say the specialists. "Like the dog, the cat develops in the attachment. His brain is equipped with neural circuits that allow him to maintain a specific relationship with a particular being. Clearly, there is no doubt that he can love his master!", says Claude Béata, veterinary behaviorist. The feline is thus much more sentimental than it seems. 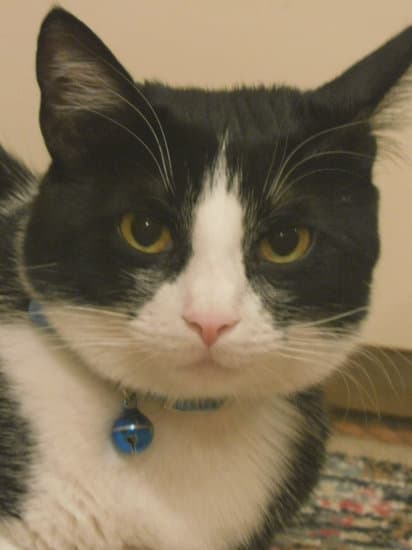 The cat loves us in its own way

Several scientific studies have therefore sought to verify the importance of the bond that unites the animal with its master. Conducted in 2019 by the University of Oregon, the latest one observed the behavior of 70 kittens from 3 to 8 months. The animals were first cuddled by their owner, then left alone in an unfamiliar room for 2 minutes, before being reunited with their master... The result? More than 60% of them showed signs of appeasement at the time of the reunion, exactly as puppies and babies do under the same circumstances! This proves that he feels better in our company, and therefore that he loves us. But then why does the cat have the reputation for being so selfish? Why is he so distant towards his master? "The cat is not a social animal, it does not need the group to live. Unlike the dog, it considers the human being as a base of emotional security, but not at all as a refuge", answers Claude Béata. Translation? "He does not feel the need to seek comfort from his master in case of a problem. Whereas the dog, him, rushes towards us when something does not go well!"

This detail allows us to better understand how the cat loves us, but also the way we perceive it. More independent than the dog, the cat is also independent in its emotional relationship. That's why he seems distant! It's not surprising, then, that they don't jump up and down wagging their tails when they find their owners, nor that they decide when and where to cuddle. Always ready for a scratch, the dog follows his master everywhere while the feline is only available at certain times. Cuddles yes, but when he wants. He sets the pace! However, not all cats have the same relationship with their master.

Each one has its own history and personality, and some are more affectionate than others. In fact, they run the gamut of feelings. The most ungrateful ones don't develop a bond with their owners. "In general, these are cats that have not been used to human contact before the age of 2 months or that have had a bad experience with a human", explains Claude Béata. With them, no matter who the owner is, they are only interested in food and shelter!

On the other hand, some cats are crazy about love to the point of having difficulty living without us. Of the exclusive kind, even a little gaga, those have eyes only for their master to whom they reserve overflows of tenderness. "This case is pathological when the cat shows signs of suffering in the absence of its master (loss of appetite, uncleanliness, intensive licking to the point of pulling out the hair on its belly or paws...). But this can be treated very well with the help of a veterinary behaviorist", says the expert.

Between these two extremes, most cats, fortunately, establish a normal relationship with their master. They are attached to their master and prove it every day in their own way... From small headshakes to playful glances, all of them discreetly show their affection to the one who is willing to pay attention. "But unlike the dog, the cat has little or no capacity to make up in case of a dispute", moderates Claude Béata. "This means that the link that unites him with his master is quite fragile. It is not sure that he will come back if you hurt him! "So be careful to take care of your cat. The love of the sensitive feline is a precious good that must be earned.

The signs that show that the cat loves us