The white kitten with the air of a little girl has flooded the planet, making everything it touches cute and its creator, very rich. 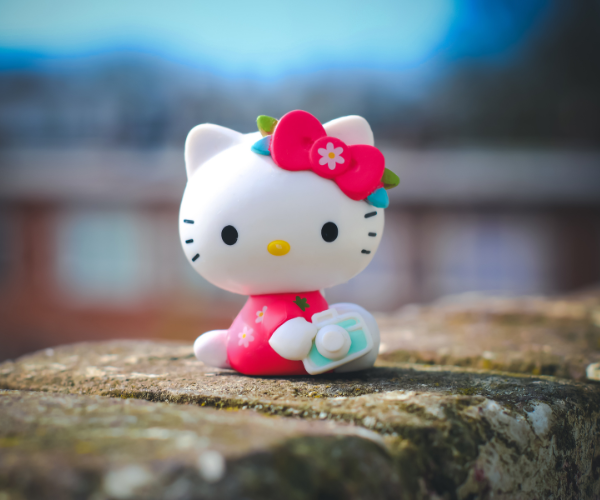 With her adorable universe of acidulous colors, Hello Kitty (meaning "hello kitten" in English) was intended for little girls. However, she has become an icon of kawai (Japanese word for cute) and has also seduced young women, around this trend from Japan. Her fans wear quilts at all ages, pink skirts and above all her face on an infinite range of products, from school bags to car accessories. This worldwide success brings in 2.3 billion dollars a year for its creator, who never expected so much.

Hello Kitty's round face was born in 1974 in Tokyo, in the offices of Shintaro Tsuji, founder of the Sanrio giftware company. She did not start out as a cartoon heroine like Mickey, but very prosaically as a motif for a wallet. Her features embody a white kitten, inspired by those of the maneki-neko, the traditional lucky cat with a movable paw. Its attributes? A knot under the left ear and his name in English, which was fashionable at the time. The extraordinary? The sight of her triggers a smile... While she herself does not have a mouth yet!

Barely ten years later, Hello Kitty adorns thousands of objects and has even invaded China, which is not offended by it. Finally animated, she starts in 1981 in TV series with family and friends carrying a philosophy of kindness. The 2000s saw her success explode. Adult stars adopt it, like Maria Carey or Cameron Diaz. Magazines praised her, such as Vogue, which dedicated an entire issue to her in 2008, dressed in Dior. Today, she is 48 years old. If her career is studied in marketing schools, the image she conveys interests psychologists. A reassuring character for children, parents and young women in a violent world, Hello Kitty still has a bright future.

The biggest Hello Kitty collector in the world